This Cinnamon Roll Cake has all the delicious aspects of your favorite cinnamon roll recipe, made entirely from scratch, and baked into a cake pan creating an impressive breakfast treat!  Every component of this cake is made in just minutes using ingredients that you have on hand in your pantry.

First make the cinnamon roll dough by whisking together 2 ¼ cups flour (reserve a ½ cup to the side), sugar, salt, and yeast together until evenly dispersed. Set aside.

Heat the water, milk, and butter together in the microwave for about 1½ minutes or until the butter is melted and the mixture is hot to the touch, about 115°F – 120°F.

Stir the butter mixture into the flour mixture. Add the egg and only enough of the reserved flour (about ⅓ cup, but sometimes up to ½ cup on a humid day) to make a soft dough.

The dough will be ready when it gently pulls away from the side of the bowl and has an elastic consistency.

On a lightly floured surface, knead the dough for about 3-4 minutes. Form a ball and place in a lightly greased bowl. Cover tightly and let rest for 30 minutes. The dough will rise just slightly.

Meanwhile make the filling by whipping together the softened unsalted butter, light brown sugar, pecans, cinnamon, and pumpkin pie spice until all ingredients are evenly incorporated.

Heat oven to 200°F. Spray a 9-inch round pan with nonstick spray. Set aside.

After 30 minutes, roll the dough out in a 15×12 inch rectangle. With a rubber spatula or a cake knife spread the softened butter mixture over rectangles.

Using a sharp knife or a pizza cutter, cut the dough into six 2-inch wide strips. Loosely roll up one strip and place it in the center of the pan. You’re rolling it up loosely so the dough has some give as it rises. Coil the remaining 5 strips into cinnamon rolls and place around the center roll, filling up the cake pan like a sun with rolls circling around the center roll. Some of the filling may spill out as you pick up the strips, but just sprinkle excess over top of the cake after finished spiraling.

Loosely cover the cake with aluminum foil and allow to rise in the warm, 200°F oven, but before placing the cake in the oven turn the oven off. Allow cake to rise.

Meanwhile, make the glaze in a small saucepot. Over low heat stir together the powdered sugar, rum, butter, pecans, and vanilla. Heat until starts to simmer and then turn off the heat.

Remove cake from the oven when it’s done. Allow the cake to cool for about 5 minutes. Then, right before serving, drizzle with glaze.

The cake is best enjoyed warm but will remain fresh if covered tightly for a few days in the refrigerator. 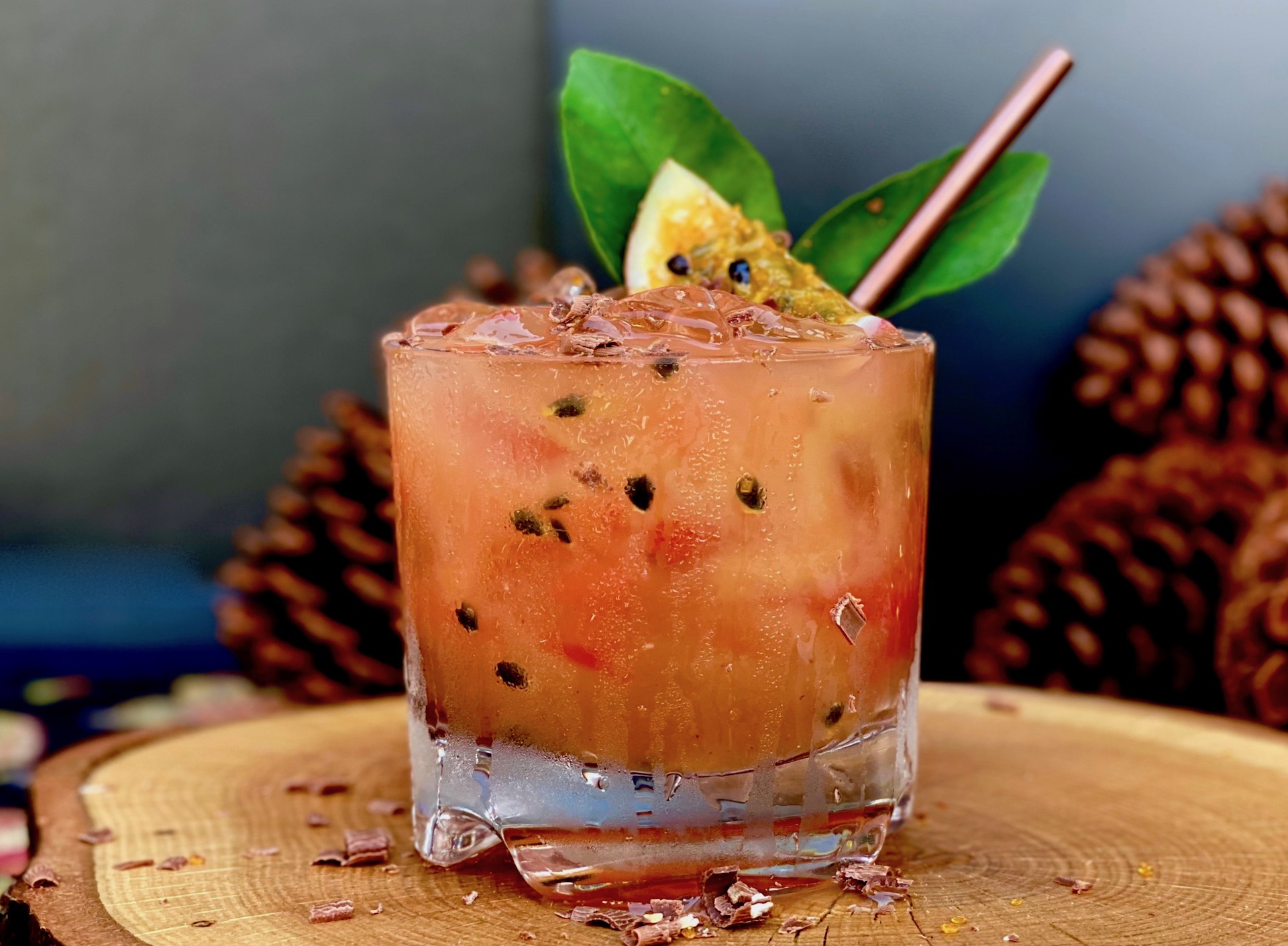